“Good Priorities” is a term often related to life choices, but not often to our relationships. A Mount Hermon Couples Retreat grants time to practice priorities. Experience refreshment, intimacy, encouragement, and new ways to enhance your marriage.

Connect with your spouse and leave refreshed and renewed. 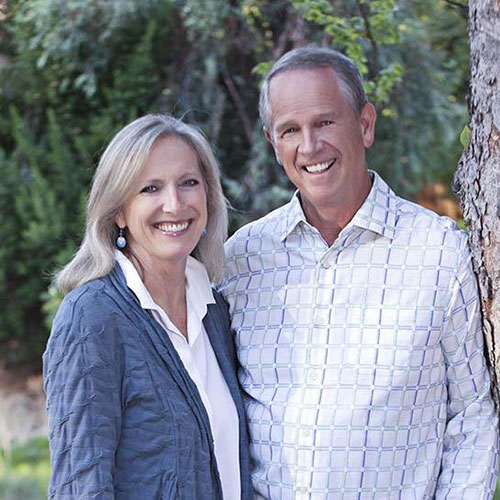 Speakers
Gary and Laura Taggart are dynamic and playful speakers, and together offer unique insights about the marriage relationship. Through humor, wisdom, practical insights and scriptural understanding, they challenge and inspire couples to enjoy all marriage was created to be. Laura and Gary are high school sweethearts and say their marriage of 46 years has been like a great hiking adventure- full of peaks, some valleys and lots of scenic trail in between!

Laura has been a licensed Marriage and Family Therapist for the past thirty years. She has served as the Director of Counseling and Director of Marriage and Family Ministry for Community Presbyterian Church in Danville, California and has been an adjunct professor of counseling for Fuller Theological Seminary, Menlo Park. As a businessman, Gary brings practical wisdom and a real-life perspective that is extremely relatable for the guys. He has served in various capacities in his church and currently heads a missions effort in Ethiopia. He and Laura also teach at the Evangelical Theological College in Addis Ababa, Ethiopia.

Laura is the author of Making Love Last: Divorce-Proofing Your Young Marriage. Gary and Laura have taught marriage conferences and retreats for over 20 years. 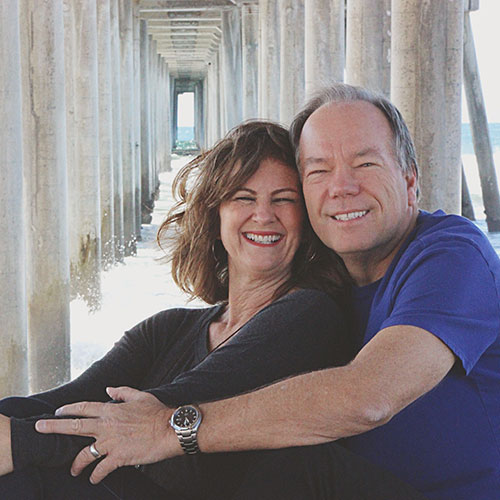 Speakers
Shane & Phyllis Womack regularly teach marriage and couples workshops and will address difficult issues like: How to eliminate sexual refusal; How to develop sexual intimacy; How to avoid emotional affairs, and much more. The title of this popular conference taught all over the country is “Solomon, Sex, & Marriage,” a frank, honest, and biblical walk through the Song of Solomon and how it relates to marriage, including life behind the bedroom door.

Shane is a teaching pastor at La Mirada Christian Church in La Mirada, CA. Phyllis is co-founder of Living Alternatives, a pro-life pregnancy center in Fullerton. Their presentation is skillful, engaging and full of practical teaching.
www.shaneandphyllis.com 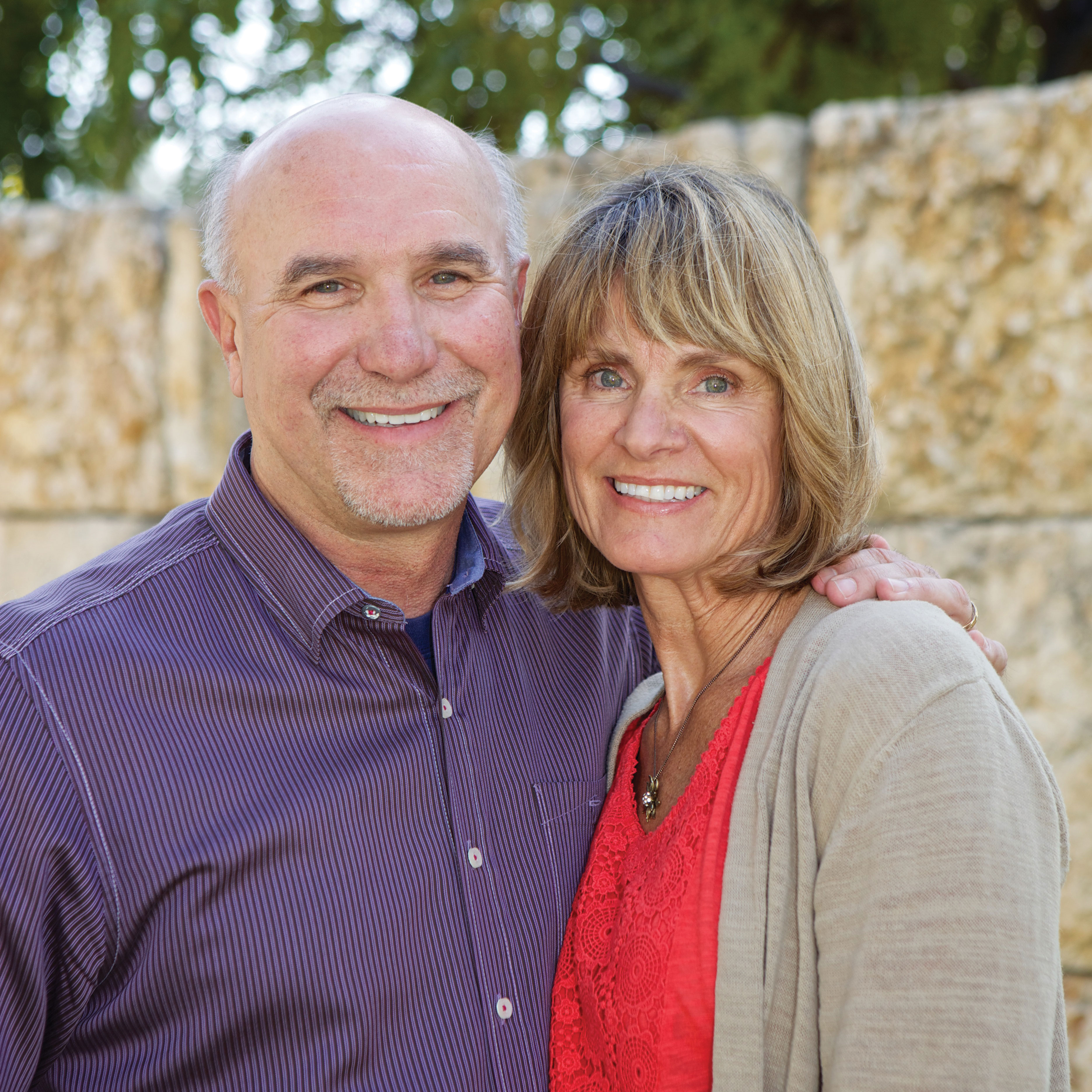 Speakers
Jim Burns is the President of HomeWord and the Executive Director of the HomeWord Center for Youth and Family at Azusa Pacific University. Jim speaks to thousands of people around the world each year. He has close to 2 million resources in print in 30 languages. He primarily writes and speaks on the values of HomeWord which are: Strong Marriages, Confident Parents, Empowered Kids, and Healthy Leaders. Some of his most popular books include: Confident Parenting, The Purity Code, Creating an Intimate Marriage, and Closer. Jim and his wife Cathy will be sharing the teaching this weekend! 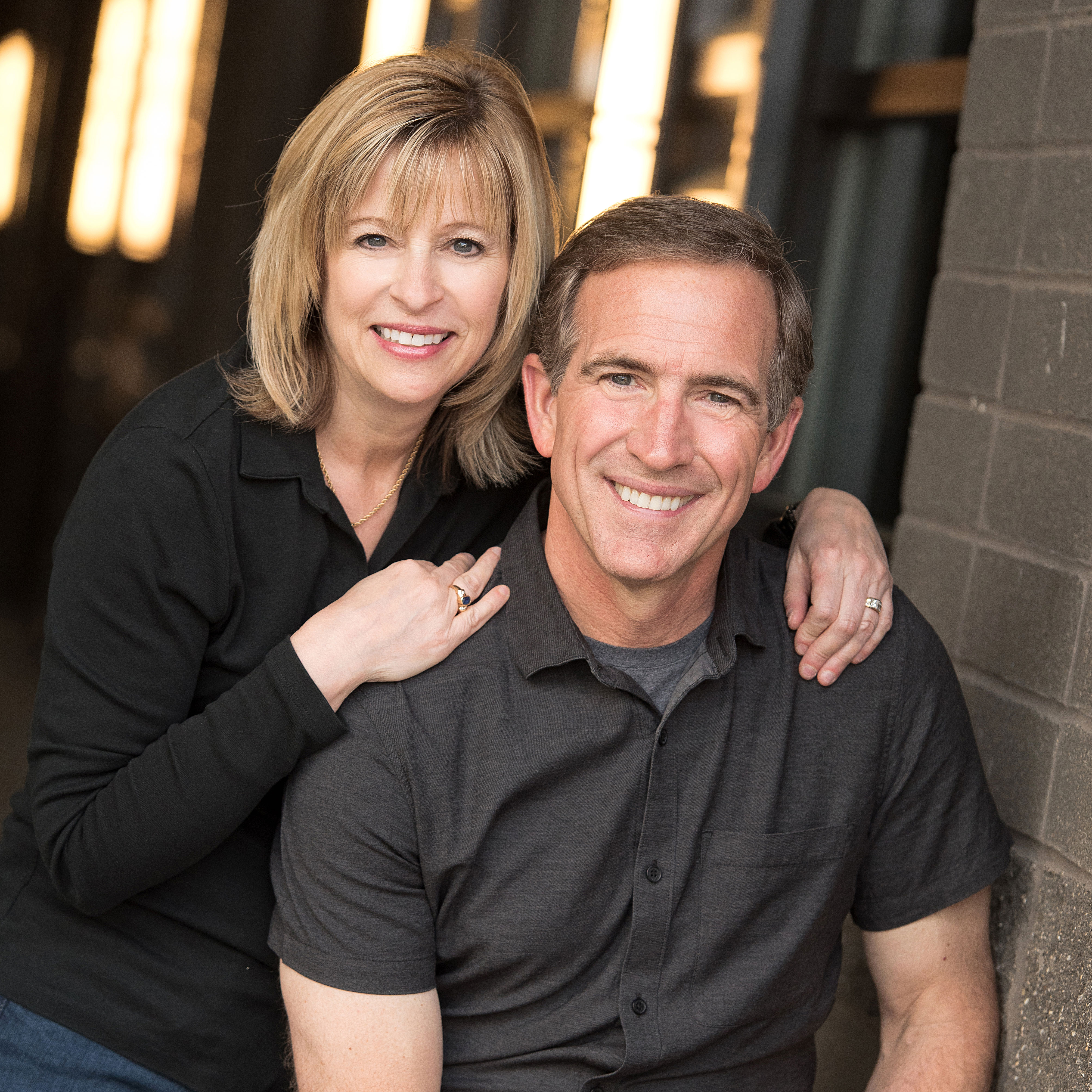 Speakers
Brad and Heidi founded Build Your Marriage out of a passion to help couples build a Christ-centered marriage. They lead marriage retreats and conferences across the country and resource couples through their writing and social media. They have authored a small group study for couples titled Build Your Marriage with Couples of the Bible. Their articles and additional information can be found at BuildYourMarriage.org

Watch this message from the Mitchells! 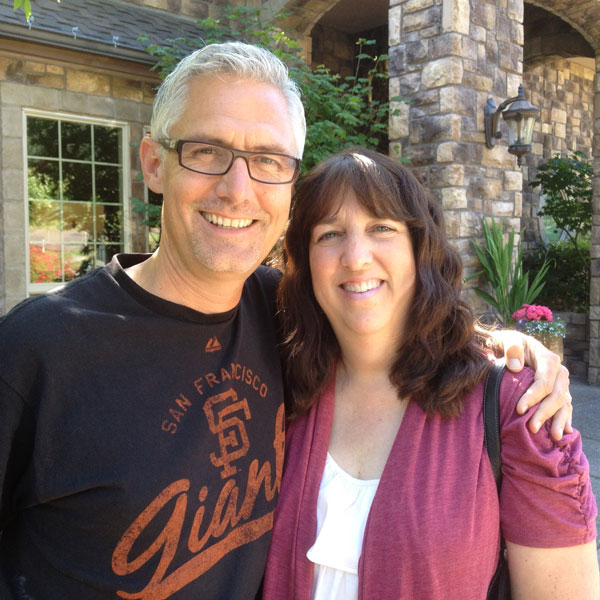 Speakers
René and Laurie have been married for over 30 years and have three adult children and a grandson they adore. René and Laurie enjoy working together as a team, ministering to the over 3,000 people that attend Twin Lakes Church near Santa Cruz, where René is senior pastor. Laurie teaches World Religion courses at the collegiate and graduate level. René is a gifted speaker and writer with a background in broadcasting. Their speaking, writing, and missions ministries have taken Rene and Laurie to South America, Africa, Asia, the Middle East, and Europe. 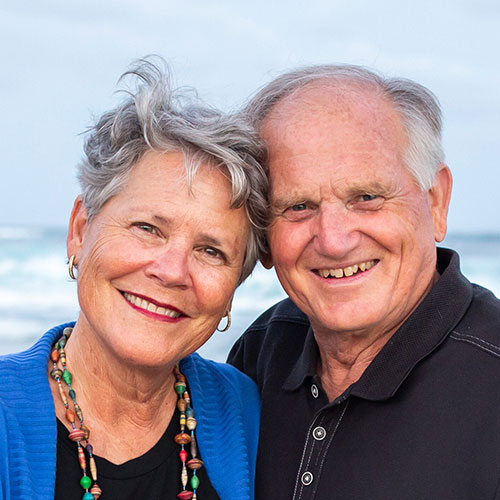 Speakers
Drs. Paul and Virginia Friesen have been involved in Family Ministries for over 40 years through family camps, staff positions, speaking, consulting, and writing. In 2003 they founded Home Improvement Ministries (HIMweb.org) a non-profit organization dedicated to equipping individuals and churches to better encourage marriages and families in living out God’s design for healthy relationships. They both have doctorates in Marriage and Family Therapy from, Gordon-Conwell Theological Seminary. The Friesens have authored over ten books and curriculums on parenting and marriage. 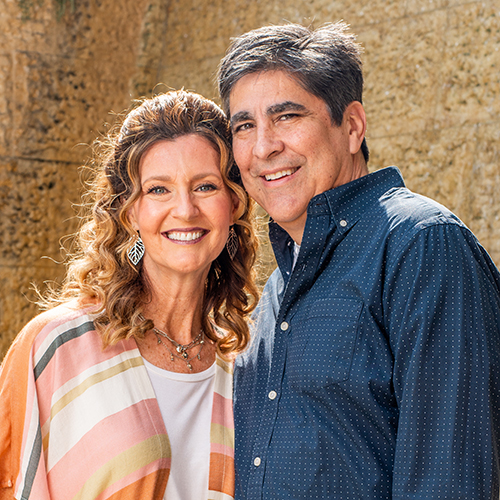 Now, for more than 35 years, the Graces have been writing, teaching, and speaking nationally to thousands of couples, churches, and college students on healthy Christ-centered relationships, dating, and marriage. Together, they co-lead the Center for Marriage and Relationships at Biola University, where Chris is a social psychologist/full professor, and Alisa is an adjunct faculty member. They are sought-after speakers for notable groups such as In-N-Out Corporate Headquarters, Yale Law School, UC Berkeley and they co-host the popular podcast, The Art of Relationships. They are co-authors of the Marriage Mentoring Workbook and Video Series, and serve on the national speaking team for FamilyLife’s Weekend to Remember marriage conferences.

Chris and Alisa live in Southern California where they have two adult children married to fabulous spouses, two absolutely perfect grandchildren, and their unexpected blessing who attends Biola University. 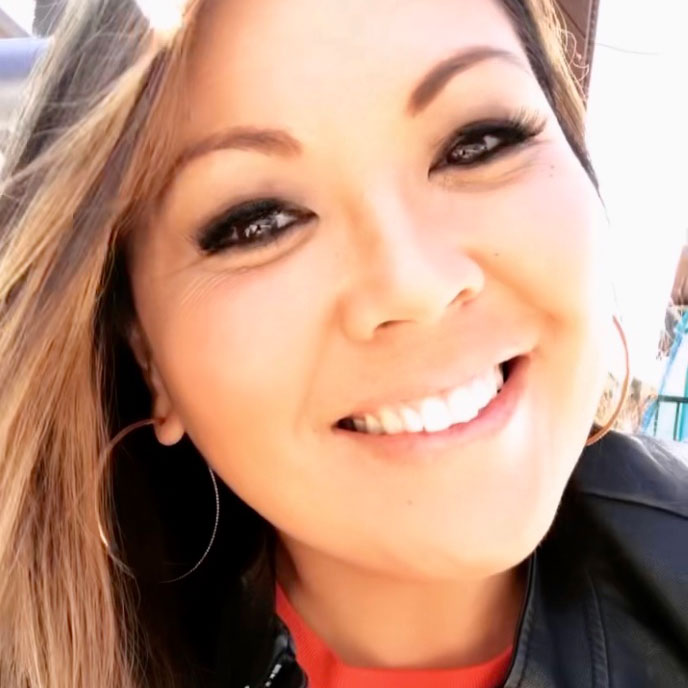 Worship Leader
Chris Chanco Harrell has been a friend of Mount Hermon for over a decade leading worship at Family Camps and retreats. She is currently the Worship Arts Director at La Jolla Christian Fellowship in La Jolla, California. LJCF is a mulit-generational, multi-ethnic church that has been around for over 90 years, making it one of the oldest churches in the area. Chris and her sons Isaac (15) and Joshua (10) live in Oceanside. 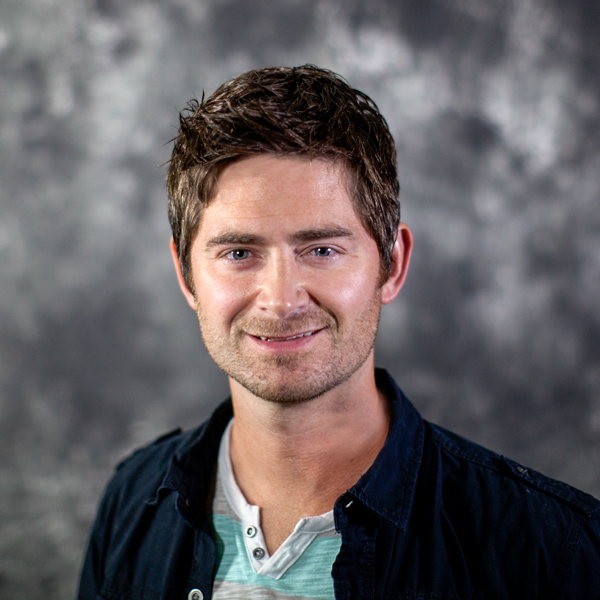 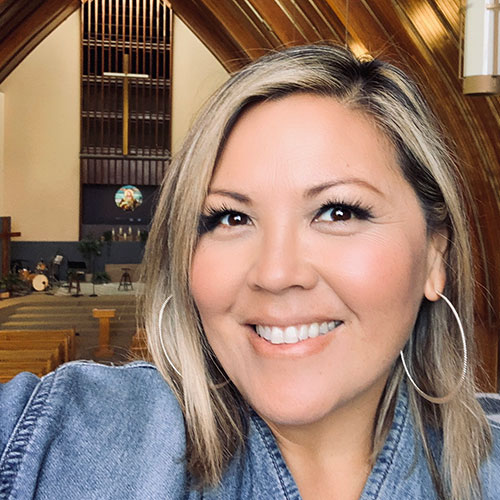 Chris Chanco Harrell has been a friend of Mount Hermon for over a decade leading worship at Family Camps and retreats. She is currently the Worship Arts Director at La Jolla Christian Fellowship in La Jolla, California. LJCF is a mulit-generational, multi-ethnic church that has been around for over 90 years, making it one of the oldest churches in the area. Chris and her sons Isaac and Joshua live in Oceanside. 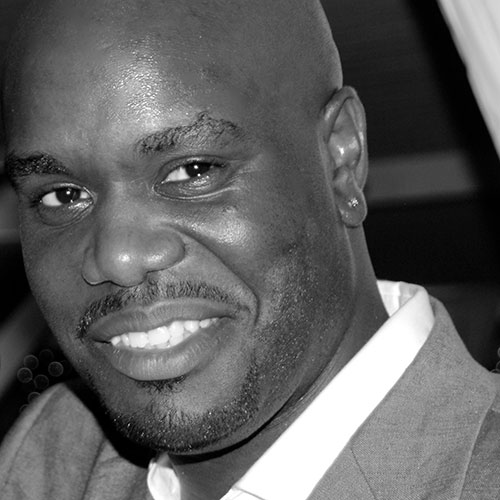 Ian Pitter was Born and raised in the United Kingdom, Ian and his family moved to the USA in 2011 and currently live in Redwood City CA.

Ian is an anointed Worship Leader, Musician, Producer, Songwriter and Motivational Speaker. With a heart and passion to worship, Ian devotes his life to leading people into the life-changing experience of being in the presence of the King.

Ian’s work as a musician, lead vocalist and backing vocalist has taken him around the world to countries such as Japan, South Africa, the USA, the Caribbean and across the majority of Europe. Ian has worked with some of the most renowned artists from around the world such as Israel Houghton, Darlene Zschech, Martin Smith, Tim Hughes, Graham Kendrick and Dorinda Clark to name but a few.

Ian recently spearheaded the recent Bay Area Blessing. He was the visionary behind bringing more than 100 Worship Leaders and Musicians together to declare a Blessing over the Bay Area at one of the most challenging times our nation has lived through.

Ian was also apart of the charity fundraising recording entitled ‘One Voice’, Every Tongue, Nation and Tribe, distributed under EMI Music Group. He joined that project as one of the featured vocalists for the album in addition to retaining his excellent skills as one of the producers of the Album.

Ian currently serves as the Creative Arts Pastor at Peninsula Covenant Church in Redwood City, California. He is supported in ministry by his wife Tracey, daughters Myah and Traci-Louise and son’s Micah and Liam. 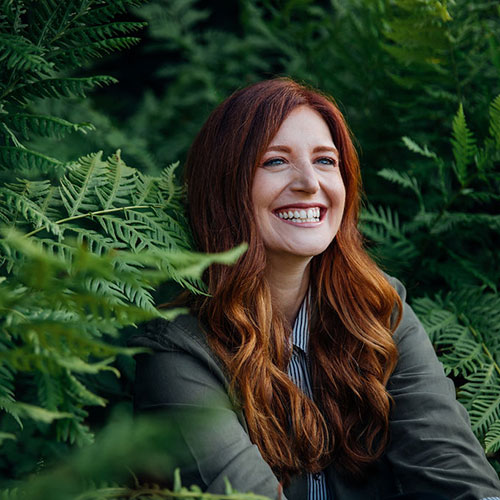 She has shared the stage with such talented artists as Matt Maher, Mat Kearney, Brooke Fraser, Shane and Shane, David Crowder Band, Sara Groves, and The Brilliance, as well as many others.

As of 2014, Elizabeth has released six albums with her latest project a beautifully woven-together masterpiece of songs of Advent and Christmas. This highly anticipated project combines her original arrangements of long-standing favorites with new songs she has written of celebration and hope. After drawing on the talents of her close network of musician friends and artists to create this musical experience, she is eager to finally share it with others.

Elizabeth is not only a concert and recording artist, but she is the Associate Worship Pastor at Twin Lakes Church in Aptos.

Share intentional time with your spouse to both learn and play.

We're excited to welcome you back to Mount Hermon and your health is our number one priority. To mitigate possible exposure each guest will complete a health screening upon arrival, be asked to wear face coverings when in public spaces. Specific details on our modified operations will be emailed to you four weeks before your event. We are grateful that you would consider visiting Mount Hermon! 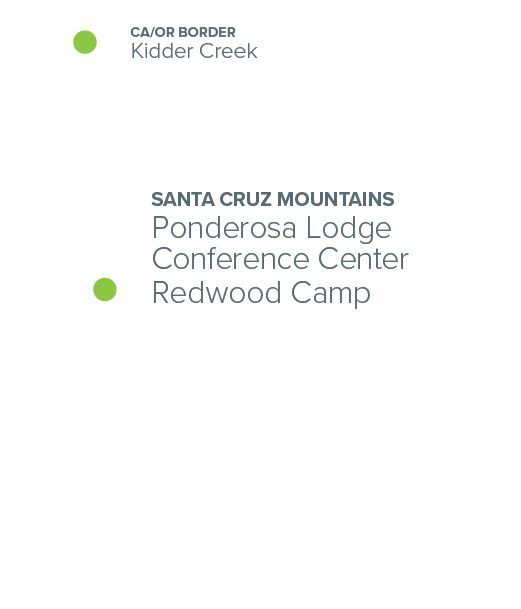